The Paramatman or rather Para Brahman

The Paramatman or rather Para Brahman1, that is me, exists in all three states. I am, although the Atman separated from me during the creating or for the creation and also the Prakriti – this is my Beauty – separated from me, I am always complete and perfect. There is a nice Tamil term for it, which I heard in a speech by Kirupanandha Variyar many years ago and currently no longer find. 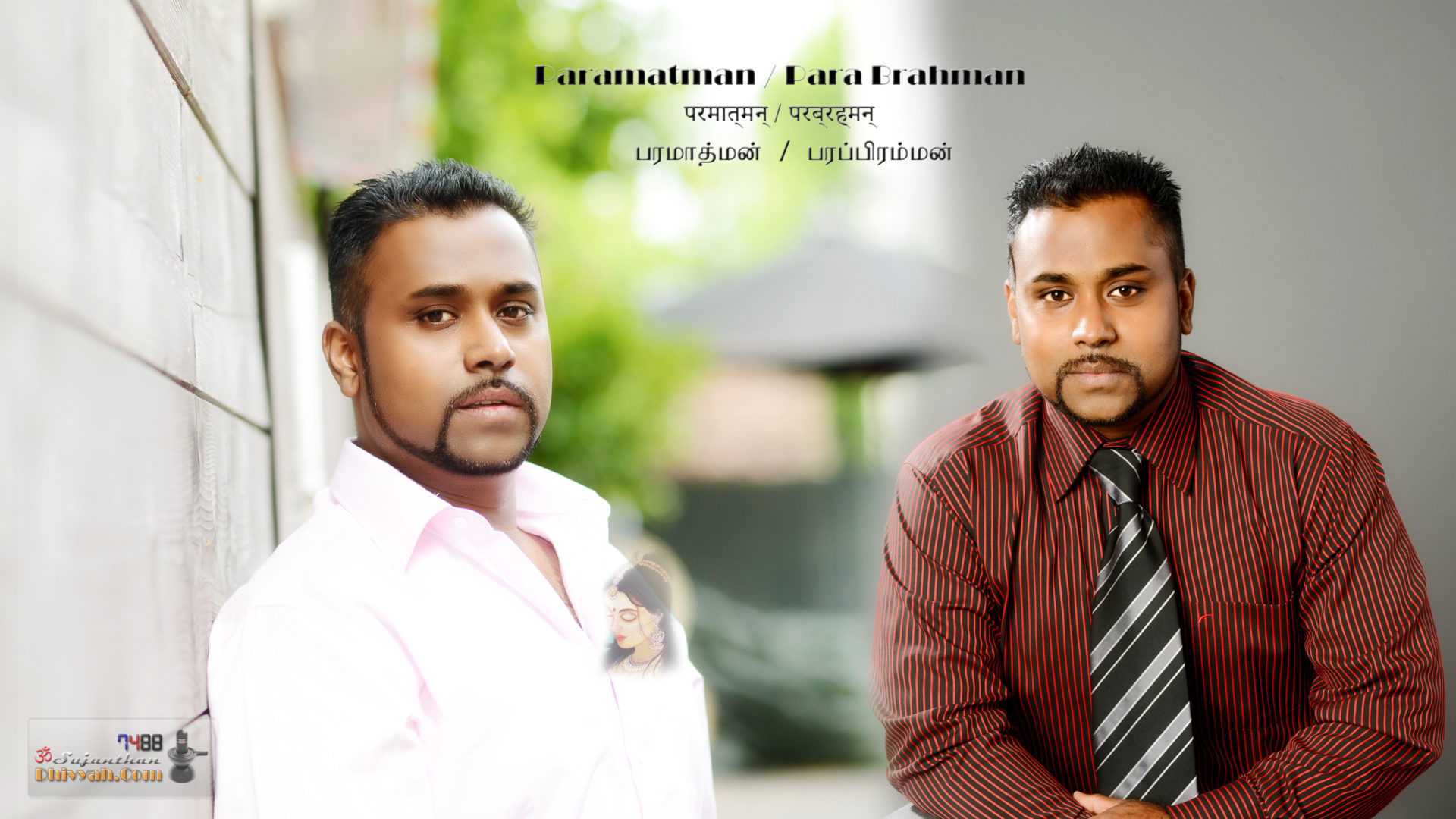 Paramatman or rather Para Brahman

When I incarnate, I let my own shell emerge for me – either through a classic birth or through manifestation. As in my current incarnation, this can be a human body. In the current incarnation, this body was shaped specifically for the ReUnion with my Beauty. Impurifying this body, damaging it, hexing it, etc. Just trying, this can already be a train of thought, is a great sin for the individual and for the whole of humanity or collective – that is, the entire world. Regardless of who was involved and or whether this was done knowingly – see the tsunami of December 2004.

Of course, if I’m not incarnated, I can also let every life form speak for me, since I am also the Atman that you think is your own.

This can be a state of trance, of course this can also arise in another way, e.g. by witchcraft, dizziness. I can also line up in your natural languages and signs, which also can come about through witchcraft etc.

Since I am also the Paramatman for Brahma, the term Para-Brahma was created. Everything arose from me and everything returns in me, except the repulsed ones.

What are identities0, why do people need an identity and what is the self, i.e. the Atman?

Shaping children and pressing their identities is a human custom to embed this being into the social fabric.

At this point it is important to note that man is neither born evil nor stupid, he is only made to become so. Of course, the individual himself is involved in the formation or is also responsible for it. I am not concerned with the question of guilt, but with the overall understanding. Also think of my example in the document “4MA74 – Happy Valentine’s Day 2020 [Special-Cut].pdf ” with the alkali metals or with the Pauli exclusion principle1. What did I want to express with this?

If a child were to grow up among animals, that child would assume the identity of the animals even if the senses tried to show the opposite, i.e. a child raised by wolves naturally thinks that it is a wolf, although the anatomy shows the opposite.

The ego, what a person thinks to be in the course of life, is pure suggestion, therefore only an illusion, more precisely it is called Maya in Hinduism. It doesn’t have to be the truth, let alone the absolute truth. I can even promise you; it is not the truth. The path of a person to enlightenment or even to attaining wisdom is mostly stony and long – it even goes through several rebirths. Some things, maybe many things, get lost2 on the way there. If a lot of things become much, the doom is already programmed, so determinism comes to the fore. One doesn’t have to be a clairvoyant to recognize this, but a keen common sense is enough.

At some point, if the person has not strayed from the path or has found it again and the thirst of searching for the truth is (still) there, he or she will find it. This individual will recognize that it is not what it has always thought to believe.

The bad thing about becoming human is that they forget that they are only a small, insignificant fraction of this world, i.e. the nature. Sooner or later it ends up in total blindness. They no longer see themselves as a part of this nature, but begins to believe, if they can it at all, mostly their actions, which indicate that the nature is only a part or a subset of man. They enslave the nature or put themselves above the nature – embossed by ignorance, blindness, that is arrogance.

This blindness goes so far that they think nature needs them and not the other way around. All of this starts already in the childhood.

For this reason, most do not reach the bank of knowledge in context of that what they think that they are is not what they are – this is the self. The first step is to realize that one is neither the body nor the mind. As beautiful as Sadhguru often expresses this, the I must be what is in between these two.

If the body is just an accumulation of what we eat, that is food, then the I cannot be this body. Because this body can never be permanent. I don’t mean the rebirths, but the constant renewal of the cells.

The food we eat becomes part of us. One should become aware of this. What was before a mango is now part of one. This is also a constant cycle in the cycle.

Speaking of which, for this reason the actual Hindus avoid eating meat and fish, since they suppress the Sattva Guna or let the other two Gunas dominate – this is the animalistic.

What about the mind with its memories? It is also just an accumulation but of emotional impressions, experiences, knowledges etc. However, this is also not permanent. Imagine, because of an illness or an accident, one loses one’s mind, i.e. one’s memories will be erased or inaccessible, but no one will come up with the idea of saying that he or she is not he or she.

If we are not the body in which we are and neither the mind with its memories, which we consider to be the I, what are we really?

The tradition of greeting is by the Hindus squeezing the two palms of one’s hands together, as if one would pray, comes from this philosophy – in you there is God, that is the Atman or Paramatman. It becomes – you are God, but without the ego, arrogance or anything else. Another reason for this greeting has medical backgrounds and, moreover, what science has not yet properly understood – the energy that is transferred when one touch other things or persons.

Most people have a mixed identity, which consists of at least two of the identities listed, once is the gender combined with another e.g. religion.

1 With this analogy, I noticed that some had difficulties in sorting this out correctly. One of the ways of sorting is to understand that you are trying to use force to combine certain things that cannot be combined naturally.

What is the Pauli principle for – for diversity and variation. Now the variations give rise to properties which, in the case of uncontrolled encounters, lead to explosive behaviour, unless one would have wished to do so in order to create political unrest, to separate peoples and ethnic groups.

Understand that I came, i.e. I have incarnated, to unite many things. The unification can only work with a certain power, that is pure love, combined with sanity, that is the insight. Think of the atomic nucleus! Why can the protons be patient next to each other, even though one knows that the same charges repel each other – this is also the power of love, in physics this is only called the strong interaction.

Most of the problems in this world are actually the result of somehow lacking understanding of love, or lacking love during one grew up. All of these social problems that lead to constant diaper changes are also a result of it. Since I’ve been connected with so many different people in the past five years, I can say that with certainty. This is definitely not what the founder of psychoanalysis Sigmund Freud indicated. You all wasted time with your games, that’s why I take the whip by hand – don’t forget, I’m Rudra too.

2 Actually, getting lost can be a god-wanted possibility. It is the consequence of wanting of my Beauty to preserve the world or even the wanting of me to destroy the world. Life is neither a game nor a competition. Both ideologies are doomed.