Philosophy, what is morality? – Part 1

This topic “What is morality?” Seems to play a subordinate role in the mass of contemporary society around the world. 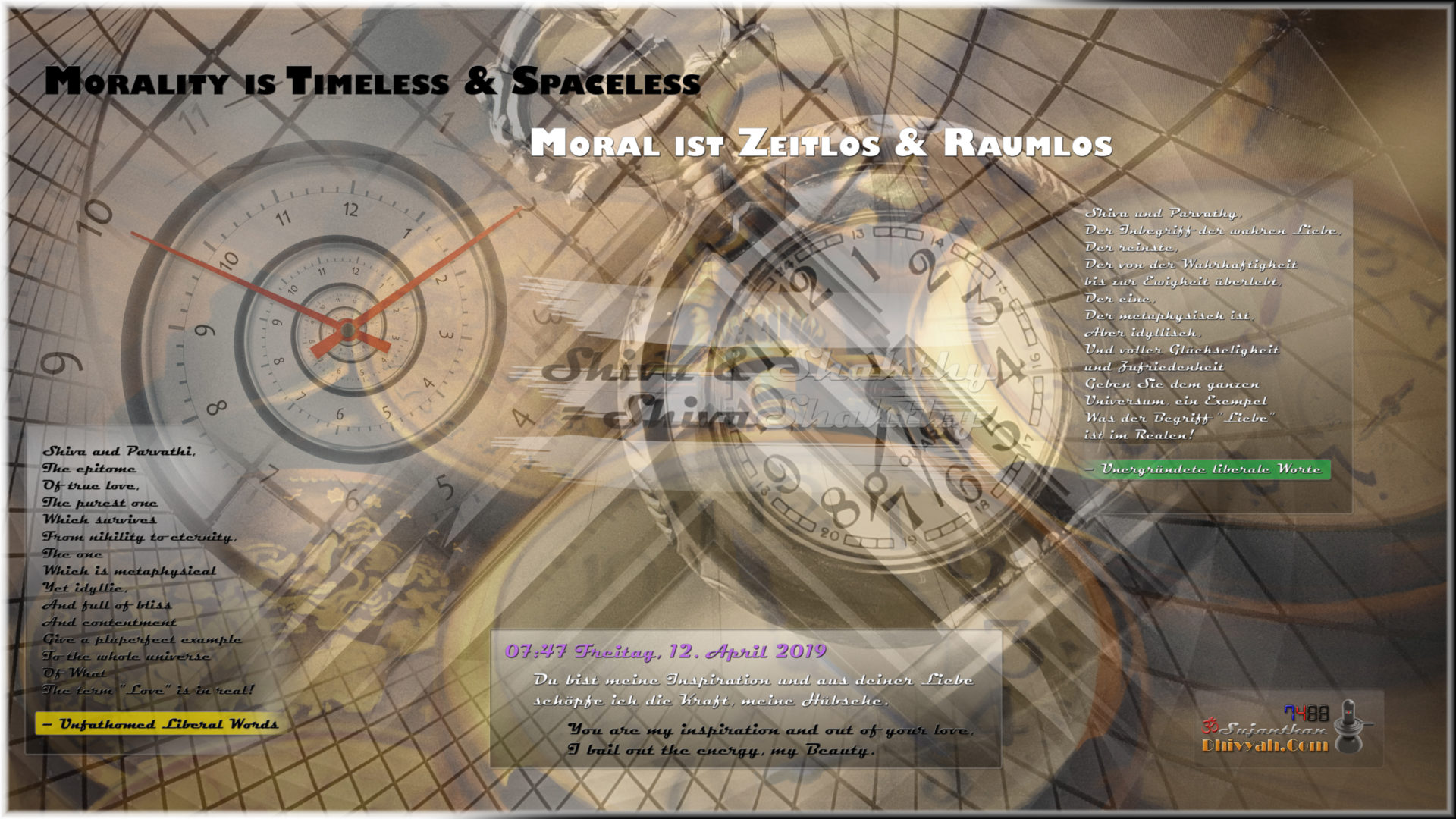 Some says: “Nice to philosophize0 about it, but not possible to transfer it into reality”, that already by emphasizing the word philosophizing it implies that this is meant as a passingtime. Where is the seriousness? Why is philosophy, the father of all sciences, shown so little respect?

Is this the time of bad-boys and bad-girls, not to be confused with Batman or Batgirl 😉?

Before the sharks started turning this social crystallization1 into capital and going over dead bodies, many in the music industry can sing a song about it. The best example from the 90’s is 2Pac from the West Coast versus Notorious BIG from the East Coast.

For example, when I listen to the songs of 2Pac or the German hip hopper Kool Savas, I recognize in their lyrics the finest kind of philosophy, despite their obscene way of expressing their sorrow sometimes – that is how hip-hop culture originally originated, perhaps they have’t recognized the profound philosophy in their texts. It seems that philosophy does not necessarily have to be anchored with caviar, champagne and theatre. I can take many more artists, but in order not to lose the overview, I mention only the two artists here. The voices (and dances 😉) of others, one can hear and feel it when I pass one on the road with my cruiser.

I also understand the displeasure of the East; one should know that during my time in the German Army, I had also friends from East Germany. Unfortunately, many of my contacts that I would have wanted to maintain have been lost through my being of the last 20 years, which is not a life.

Years ago, I recognized the intention of the German singer Xavier Naidoo from Mannheim to respond to the East Germans with kindness, even though the mouths of the (tabloid) presses were driven by greed, fear, etc., this gesture of hand-stretching of him was dragged through the dirt.

Who are these men and women who do not want all of this – including my enlightenment? Is this the ego, arrogance, blindness, intrigue, or the (collective) karma that does not make them understand?

Girls and boys are torn from their families and sold as cheap meat – also in the B2B2 network. Why all this?

Is the mankind, as some of the many famous philosophers3, give to understand, only an animal or was he or she made to do so? If so, by whom and why?

Still thinking that man and beast, as many parts of science have postulated in the past, is a random product of evolution would be more than foolish.

If one understands what coincidence really is, especially the mathematicians, then one gets closer and closer to the solution of the riddle. Einstein would not want to say anymore today, that God does not roll the dice, but the dice of Shakuni (Maama 😉), which he carved out of his father’s bones and the dices always listen to his wish, were not the work of God (i.e. not my work).

Adopting the collective behaviour from the animal kingdom or even transferring it to humans eventually ends up again in the chaos of the animal kingdom, which in turn is the result of humans. The human being, as a single species, but not in the sense of special species (or crowning of creation), has the gift of God to use or reflect the mind in a certain way in order to be able to differentiate what is right and what is wrong.

0 Philosophy starts in the early childhood stadium when the child starts to think. Who or what am I? His reflection as his own recognizes, reflects on himself and his mistakes.

1 Much is intentional. It is sown, so one can reap it later. This is the attitude of modernity to look for profit in contrast to the Hindu philosophy, as the Bhagavad-Gita rightly states, “Do not act for success, but do your duty without hoping for yield, so you will not be pulled by the spell of emotions.”

2 Because you think that I will always keep the anonymity, then you are wrong. If I decide to release all or certain, then there is no anonymity – even with hindsight I can do this at any time. There are no limits to my power. Don’t forget, I’m the Almighty.

3 The Anthropological Difference from an Empirical and Conceptual Perspective (SMWK Project 2012-2014, University of Leipzig)