Philosophy, what is morality? – Part 2 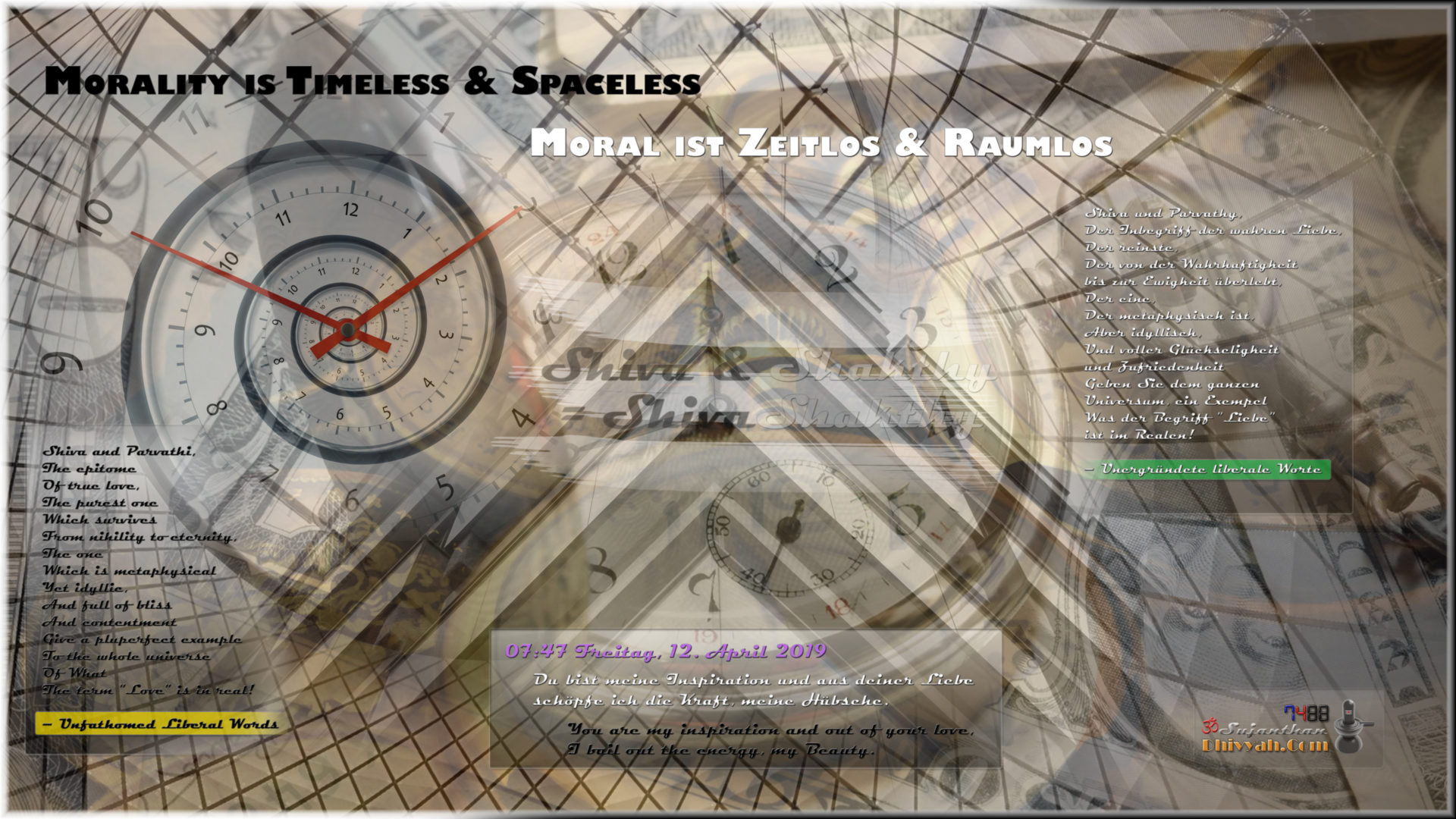 It has been half a year since the first part “Philosophy, what is morality?” was published – for some maturing processes one has to give this time, in a world where time correlates or competes with money. The maturing process has been accelerated for this reason: Cheese, bread, education, the onset of a child’s pubescent phase, etc., also your children are just products, a lot are even cheap meat – the faster they mature, the faster they are on the market for a (grey) layer that considers itself elitist and tries to create everything in this world according to its immoral model. If everything in this world has decayed moral death, who or what can them even confront? This is the best strategy to avoid having to answer questions, which they would never do anyway, but always have blackmailed …

Before I go ahead, everyone should be aware of the differences in terms such as morality, custom, tradition, culture, etc. Here is a rough outline, as I have already formulated this in the document “Special-Event VideoMessage – My Incarnation as Bhairava (27.11.2019) [3.1 Parts].pdf“:

Morality is a very complex entity that is much more than just custom. Morality is something general, in concrete form it is a custom. The custom can change, but morality never changes. It is timeless, spaceless and all-pervading.

Here is a rough differentiation of the term morality and custom, as already published in another document “Special-Event VideoMessage – My Incarnation as Krishna (26.12.2019).pdf“.

If your customs and traditions differ from morals, that is, if they are not a subset of morals, but maybe just an intersection or worse, even disjunct, you create disorder.

What brings one the sequencing (concatenation) of letters to words and words to sentences, if it cannot be understood.

Bicycling has to be experienced, it cannot be only learned from books or the like. Of course, there are also things that should not or must not be experienced, neither in thought nor in reality, here one already crosses the divinely given barrier.

Some people do the same thing they do in the automobile industry. One steer the car onto a wall at high speed in order to draw conclusions from it. Such procedures are of course not advisable for human life, but what I see all over the world is the opposite. I already noticed this over 20 years ago.

If objections are raised, one is called conservative or non-modern. Some people are unaware of the terms. The time, although linear and irreversible, sometimes appears circular or more precisely spiral. This is not a contradiction to physics, since here not the physical time is meant, but the recurrent, which is called periods in physics, these are also the rebirths; fashion is also recurrent.